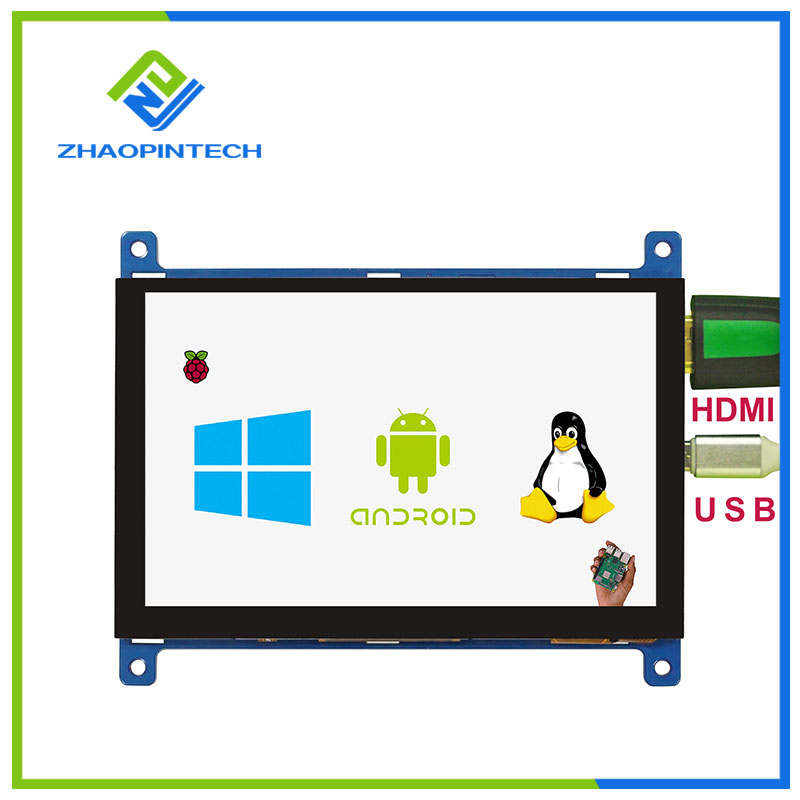 HDMI LCD Display uses thin-film transistors to generate voltage to control the rotation of liquid crystals. The display screen is composed of a glass plate with a thin film field effect transistor matrix circuit and a glass plate with a color filter, and liquid crystal is filled between the two glass plates. Each pixel in the HDMI LCD Display is separated by the horizontal and vertical common metal lines of the thin film transistor matrix circuit. Each pixel includes a thin film field effect transistor and a capacitor. The capacitor is composed of an indium tin oxide transparent electrode and a color filter in the matrix circuit It consists of a common 1TO electrode. The liquid crystal sandwiched between the two electrodes acts as a dielectric in the capacitor.


HDMI LCD Display adopts the driving method of scanning one line at a time. When a positive pulse is applied to a certain horizontal scanning common conductor (or gate line), all thin film transistors connected to the horizontal conductor are turned on to be in a conductive state, and the capacitance on each pixel is charged to its corresponding vertical The voltage of the common conductor (or signal line). When it is the turn of other scan lines to apply positive pulses, the original scan line is applied with a negative voltage, which turns off all thin-film transistors connected to the scan line and assumes a non-conductive state.
HDMI LCD Display is an active matrix display, so its driving method is completely different from TN and STN liquid crystal displays that use source matrix dynamic driving.
Therefore, the charge initially charged to each capacitor can maintain the time required to scan one frame until the next time the line scan is performed. If HDMI LCD Display uses twisted nematic liquid crystal, it is best to use AC voltage to drive, that is, the polarity of the driving voltage of each image must be opposite to the polarity of the previous image. The LCD in HDMI LCD Display is like a light valve. As the voltage on each pixel changes, the intensity of the colored light passing through that pixel also changes.

Advantages And Disadvantages of LCD Display and OLED Display

What Are The Advantages of TFT LCD Display?
Links：